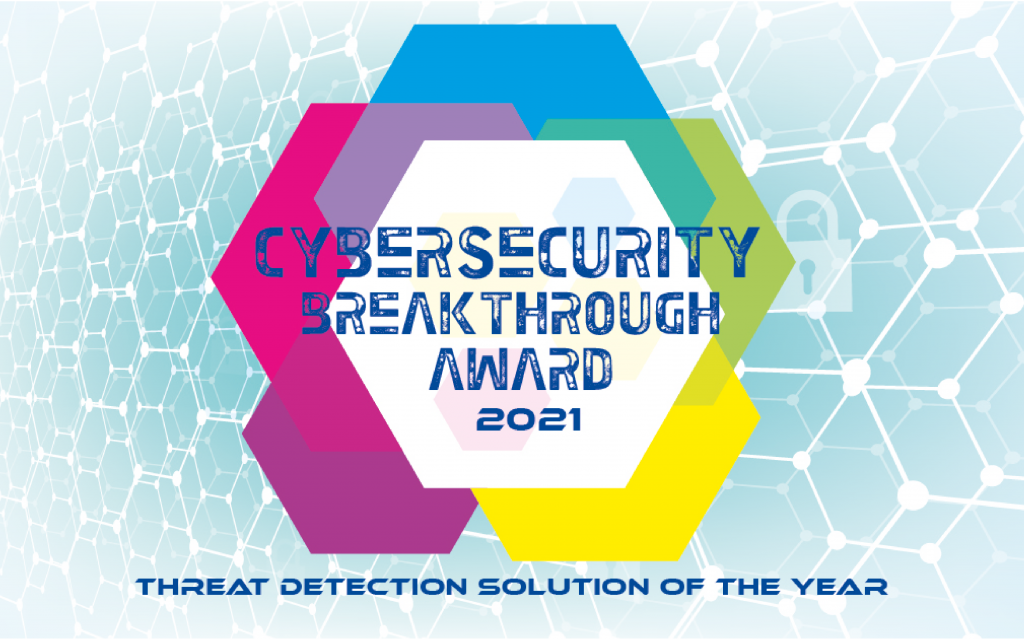 Austin, TX – Sept. 30, 2021 – SpyCloud, the leader in account takeover (ATO) prevention, today announced that it has been named the winner of the “Overall Threat Detection Solution of the Year” award in the fifth annual CyberSecurity Breakthrough Awards. The awards program is conducted by CyberSecurity Breakthrough, a leading independent market intelligence organization that recognizes the top companies, technologies, and products in the global information security market today.

SpyCloud acts as an early warning system to proactively alert security teams when credentials have been compromised so that they can quickly act to lock down the account. SpyCloud is able to recover breach compromised data months, sometimes years, before it is shared widely within the criminal underground. SpyCloud also houses the most robust threat intelligence database of compromised credentials and PII – over 130 billion assets. In the past year alone, SpyCloud researchers recovered more than 4.6 billion records of personally identifiable information and 1.5 billion stolen account credentials on the dark web.

“Cybercrime has come to the forefront of public consciousness with major supply chain attacks impacting the country’s infrastructure. Despite the urgency of the problem, most companies still struggle to detect and prevent cyberattacks that stem from the use of stolen credentials,” said Ted Ross, CEO and co-founder of SpyCloud.

“We aim to be the most comprehensive account takeover and fraud prevention platform on the market, leveraging the quality of our data and the speed with which we can identify exposures to help companies fight back against cybercriminals.”
– Ted Ross, SpyCloud CEO & co-founder

The mission of the CyberSecurity Breakthrough Awards is to honor excellence and recognize the innovation, hard work and success in a range of information security categories, including Cloud Security, Threat Detection, Risk Management, Fraud Prevention, Mobile Security, Email Security and many more. This year’s program attracted more than 4,000 nominations from over 20 different countries throughout the world.

“Prevention often relies on traditional defense measures like endpoint protection instead of focusing on where a large number of these attacks originate – with end users’ account credentials,” said James Johnson, managing director, CyberSecurity Breakthrough. “SpyCloud’s unique combination of human intelligence, early data recovery and the largest collection of breach data in the industry allows businesses to find more compromises, stay ahead of hard-to-detect attacks, and protect employees, consumers, and their bottom line.

SpyCloud protects consumers, employees, suppliers, and citizens globally from the dangers of compromised identity. Its solutions make breached information actionable to prevent fraud, enabling a proactive, automated response that negates the value of stolen data before it can be used to cause harm. Its data also powers many popular dark web monitoring and identity theft protection offerings. SpyCloud customers include four of the ten largest global enterprises, mid-size companies, and government agencies around the world. Headquartered in Austin, TX, SpyCloud is home to over 100 cybersecurity experts who aim to make the internet a safer place.