Cryptocurrency accounts represent lucrative targets for cybercriminals, putting crypto exchange customers at high risk of account takeover (ATO) and online fraud. When a third-party data breach or botnet infection exposes a user’s favorite password to cybercriminals, criminals are highly motivated to test those logins against cryptocurrency exchange accounts to see if they can access and drain customers’ wallets. 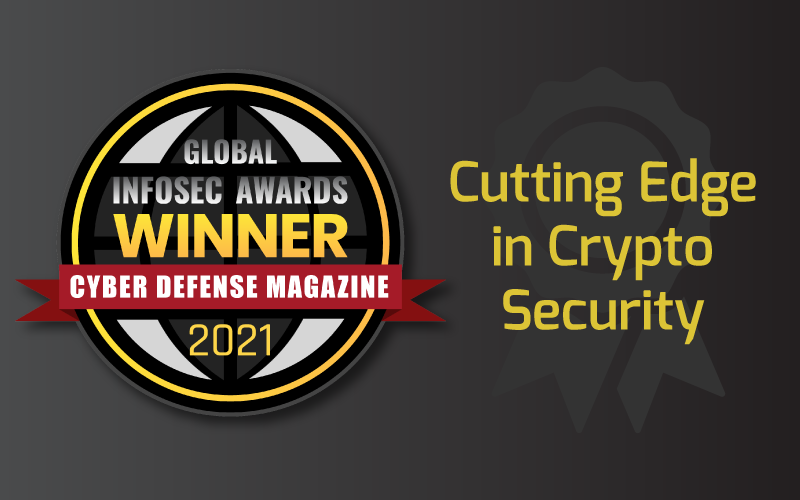 Instead, the ten percent of ATO attempts that are targeted, sophisticated, and difficult to detect account for 80 percent of losses, according to SpyCloud customers. A single successful cryptocurrency account takeover can represent a substantial profit for cybercriminals, motivating them to engage in manual, difficult-to-detect tactics such as SIM swapping, phone porting, and even searching through account backups for TOTP seed backups or photos to bypass security measures. These attacks often occur soon after a breach occurs when few people have access to the stolen data, making it challenging for security teams to prepare for them.

SpyCloud helps cryptocurrency exchange security teams stay ahead of targeted account takeover attacks by checking customers’ logins against the largest database of recovered breach assets in the industry. SpyCloud researchers use human intelligence to infiltrate criminal communities and recover breach data early in the breach lifecycle, before most account takeover accounts begin, enabling crypto exchanges can lock out potential attackers before they have a chance to defraud customers.

Add an Extra Layer of Security for Infected Users 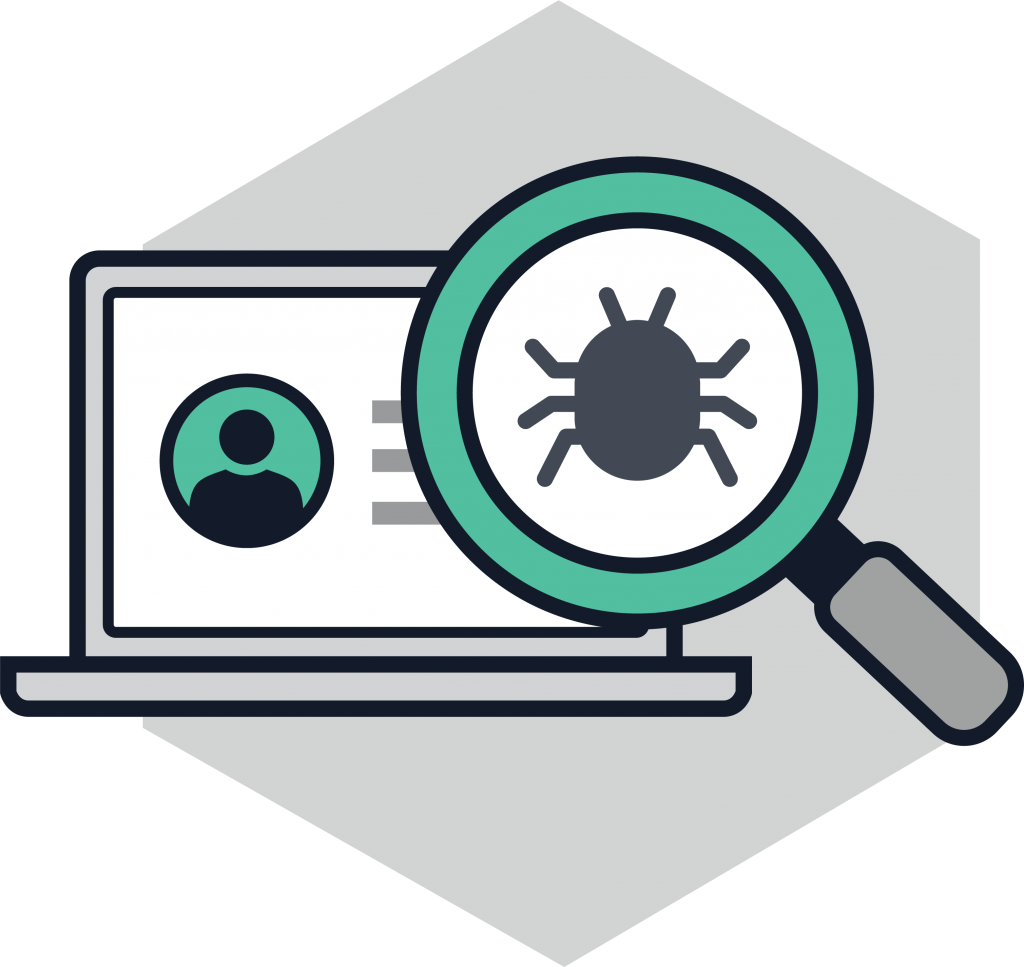 A common way that cybercriminals collect login information from users is by convincing them to download malware with keylogging capabilities, collecting logs that contain users’ complete login history, cookies, and crypto wallet information.

Attackers often attempt to drain funds from cryptocurrency wallets immediately, before distributing an infected user’s remaining data to other cybercriminals. However, if the user has turned on multi-factor authentication or their crypto account login isn’t captured immediately by the malicious software, it may take more time and effort for criminals to be able to access their accounts.

Watch the Webinar: I Put a Keylogger on You and Now You’re Mine

Given the high potential value cryptocurrency accounts, fraud attempts are inevitable. Often, very little information is available to help cryptocurrency exchange security and fraud teams identify the criminals responsible for cryptocurrency fraud and other malicious activity. Teams may begin an investigation with only one piece of data, such as an IP address, a phone number, or an email address.

Protect cryptocurrency customers from account takeover and cryptocurrency fraud by identifying and resetting exposed passwords early, before criminals have a chance to use them.

Draw on the largest repository of recovered breach data in the world to investigate cryptocurrency fraud and identify criminals targeting your cryptocurrency customers. 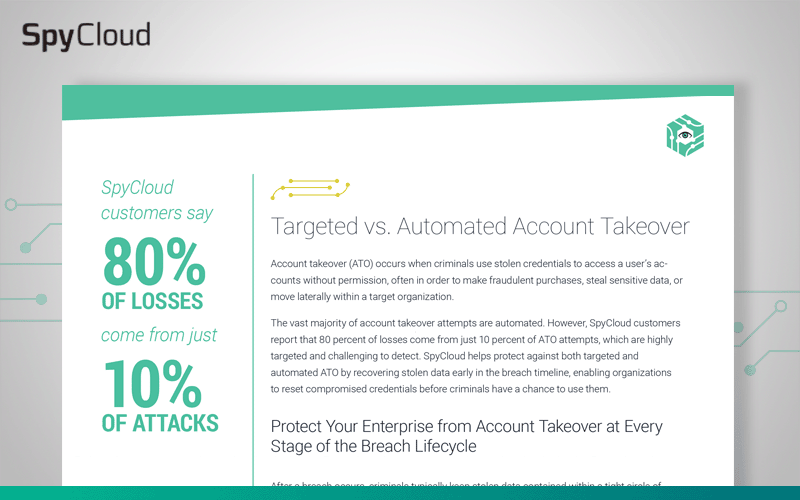 Account takeover can be highly-targeted, sophisticated, and manual, or it can be high-volume and automated. Learn how to protect your enterprise from both types of ATO. 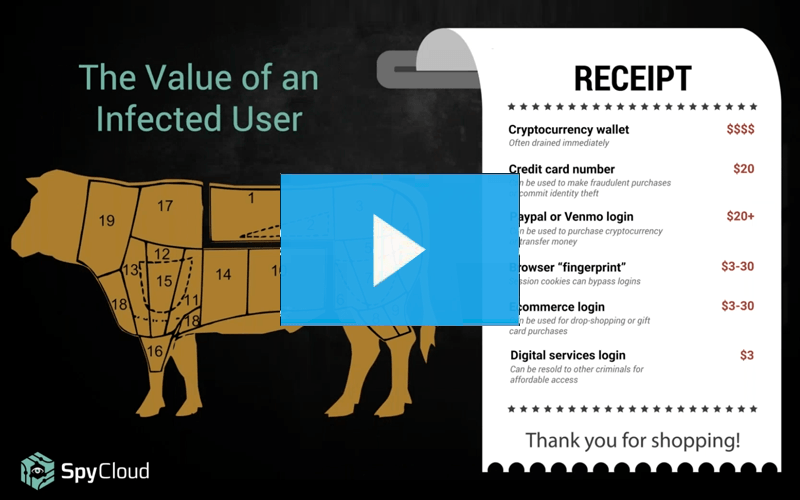 I Put a Keylogger On You, and Now You’re Mine: What Cybercriminals See When They Infect a Host with Malware

See malware from the criminal perspective, including how the data collected from infected machines gets monetized. Learn how to shield your organization from the damage caused by credential-stealing malware. 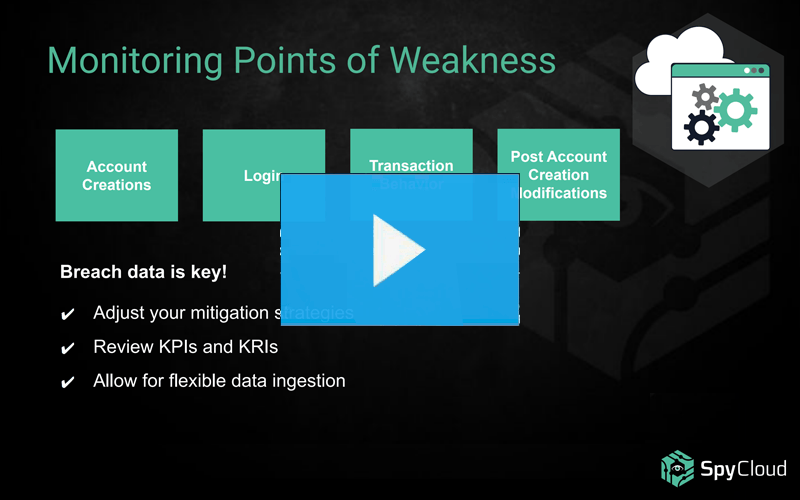 We explore securing consumer identity against evolving criminal behavior & technology and share how one fintech platform is using breach data to inform their fraud algorithms in 4 innovative ways.