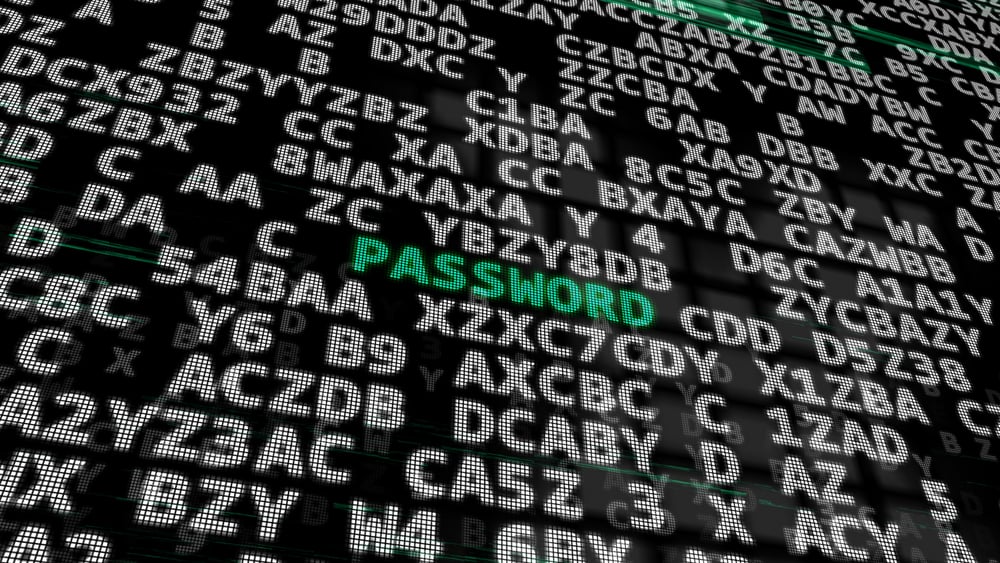 Educating users to select not only strong, but UNIQUE passwords from the start is only so effective. There’s more that can and must be done.

In June 2017, the National Institute of Standards and Technology (NIST) released its 74-page updated Special Publication 800-63B on Digital Identity Guidelines. The updated guidance is counter to the long-held philosophy that passwords must be long and complex. In contrast, the new guidelines recommend that passwords should be “easy to remember” but “hard to guess.” According to the new guidance, usability and security go hand-in-hand.

In short, the new NIST guidance recommends the following for passwords: 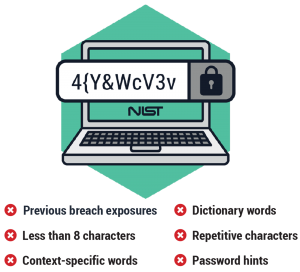 Easy to Remember, Hard to Guess

In an interview with NPR, NIST’s senior standards and technology advisor, Paul Grassi, who oversaw the revision, claimed the traditional guidance was “producing passwords that are easy to guess for bad guys are hard to guess for legitimate users.” The frustration of keeping track of passwords that are just as hard to remember as they are to guess was duly noted by the agency. The agency even nixed suggested use of special characters, uppercase and lowercase characters, and allowed spaces. In addition, password need not be replaced after a set expiration period.

“If you can picture it in your head and no one else could,” said Grassi, “that’s a good password.”

Needless to say, this is good news for us mere mortals who can’t memorize long and complex passwords or are stubbornly refusing to use password managers due to multiple vulnerabilities in the most popular services. Understandably, people are skeptical. Most recently, cloud-based password and identity management service OneLogin was compromised on June 1 of this year, including information which could be used to decrypt stolen passwords. What are consumers supposed to do?

Security Guidance for The Rest of Us

The importance of choosing passwords that are both easy to remember and hard to guess does not change in light of this new guidance, and the use of multi-factor authentication does not reduce the importance of choosing a good shared secret. Rather, the new “relaxed” guidance on password length and complexity simply aims to make them easier to remember and use for consumers.

The addition of this language has everyone buzzing. Within it, NIST considers the human factor in federal and industry guidance. It not only includes language on the risk it adds but recommends organizations consider usability as part of their entire risk assessment, given that people “struggle to remember” passwords and carry multiple devices.

NIST concludes that length and complexity requirements beyond those they’ve recommended only “increase the difficulty of memorizing secrets” as they “increase user frustration.”

Threat actors are well aware of the most commonly-used passwords. They use technology to scale and prolong their hacks.

The screenshot below is taken from a site that hosts combo lists or pre-assembled lists of username/password pairs. These are often sold on underground markets or traded on online “cracking” communities. Threat actors load these lists into automated credential stuffing tools and, with the help of botnets, test the stolen credentials against many sites at once (such as banking sites or streaming content services). These lists are often uploaded into “cracking” tools such as Sentry MBA or Vertex.

As shown, many of these dictionaries available for download contain common passwords in several languages. These are the types of situations that the new NIST guidelines hope to alleviate. The trick is to choose passwords that only you know so they don’t end up on lists like these.

How SpyCloud Can Help

In order to fight the good fight, you must use modern, sophisticated technology to stop the account takeover before it happens. Integrating with SpyCloud can help. Unlike a static list, SpyCloud’s database includes combo lists like these, and over 100 billion recovered breach assets (and adding 1B new assets/month).

SpyCloud maintains one of the largest repositories of decrypted compromised credentials in the world. Many of these credentials are found in the the same combo lists that criminals are using today in successful credential stuffing attacks.

Our NIST Password Screening solution allows you to match vulnerable passwords within your environment to compromised passwords in our database. SpyCloud also prevents your users from choosing those which area already compromised. They cannot proceed with registration until a healthy password is chosen. 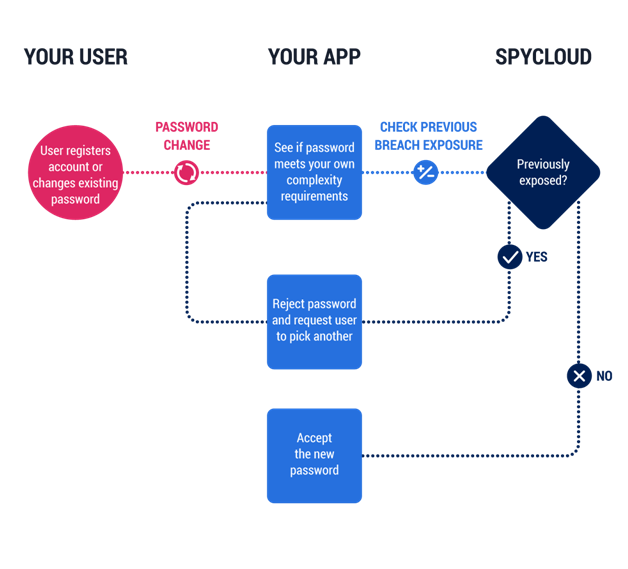 The new NIST guidelines are a reflection of the current threat landscape. A solution like SpyCloud’s NIST Password Screening is key to preventing account takeover and gives organizations more control over their own security.